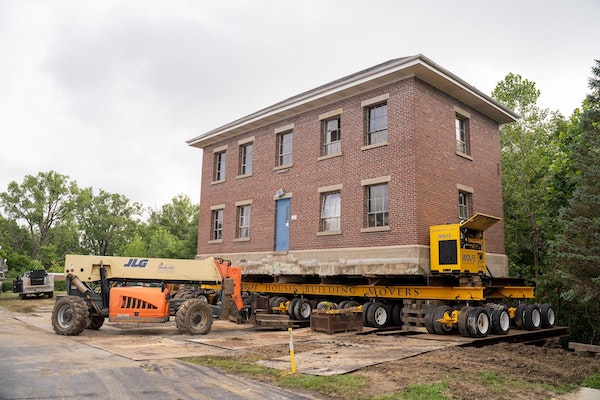 Earlier this month (August 2020), Envoy and project partners took part in a historic move to kick-off the next phase of the Arts for Lawrence’s Fort Ben Cultural Campus redevelopment. With renovations to the existing Theater at the Fort building already completed, the relocation of a decommissioned historic building to the campus was the next step. The building is slated to become a visual arts facility and was relocated near the Theater at the Fort.

From an earlier press release, Executive Director of Arts for Lawrence Judy Byron shared, “The Cultural Campus will put Fort Harrison on the map as an arts destination. This is the natural next step in the continued redevelopment of Fort Harrison.”

Team Envoy was able to capture images of the move in-progress and the technical expertise it took to navigate a few tight spaces along the relocation route. 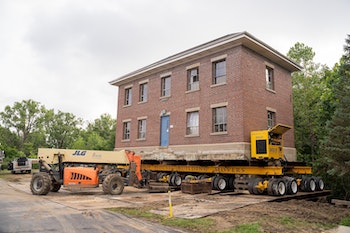 The communications building had been decommissioned and moved to an outlot of Ft. Harrison where it sat until a use was found. Project crews took several days to lift the historic building from its foundation and prepare it for the move. 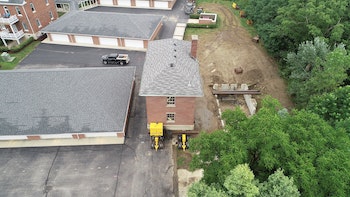 Ready to go. The soon-to-be visual arts facility is in position and ready to start the extremely-technical move to the Cultural Campus. 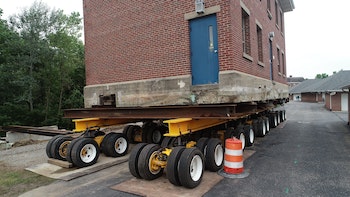 A street-level view before the journey began. 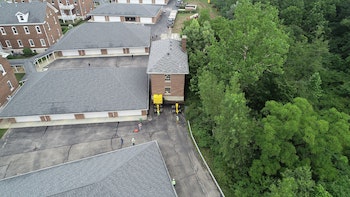 Did we mention there were a few tricky aspects to this historic move? The building had to slip through a tight corridor during the route that demanded an extreme amount of technical coordination. 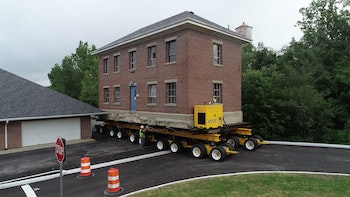 Another tight squeeze during transit. Project partners walk along with the moving rig to ensure limited shifting during the move. 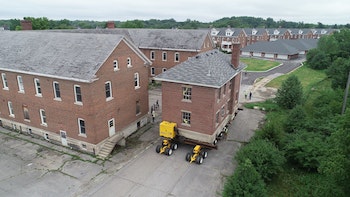 Onward! Notice the makeshift path in the background created to ensure level footing for the carefully orchestrated move. 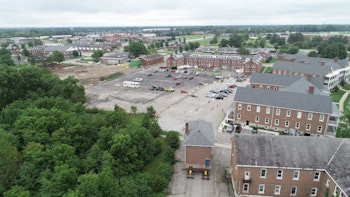 “Coming out of the woods.” The final destination is in sight, but project crews still had to navigate a parking lot and construction site. 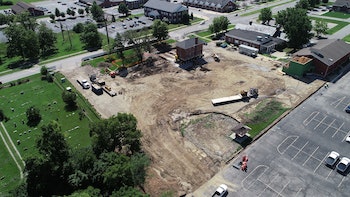 The move to the site took all day. In this photo, the move is complete and the building is ready to be placed on its new foundation. 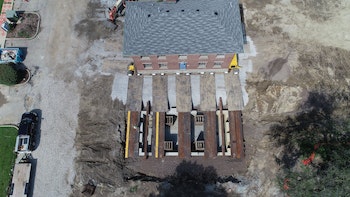 A birds-eye view of the foundation prepared for the historic building’s new home. The move took two days from start to finish and countless hours of planning and collaboration among project partners.

With the relocation complete, the new visual arts facility is currently under renovation and is expected to be completed later this year (2020). Learn more about the Ft. Harrison Cultural Campus and how you can support Arts for Lawrence's important mission.